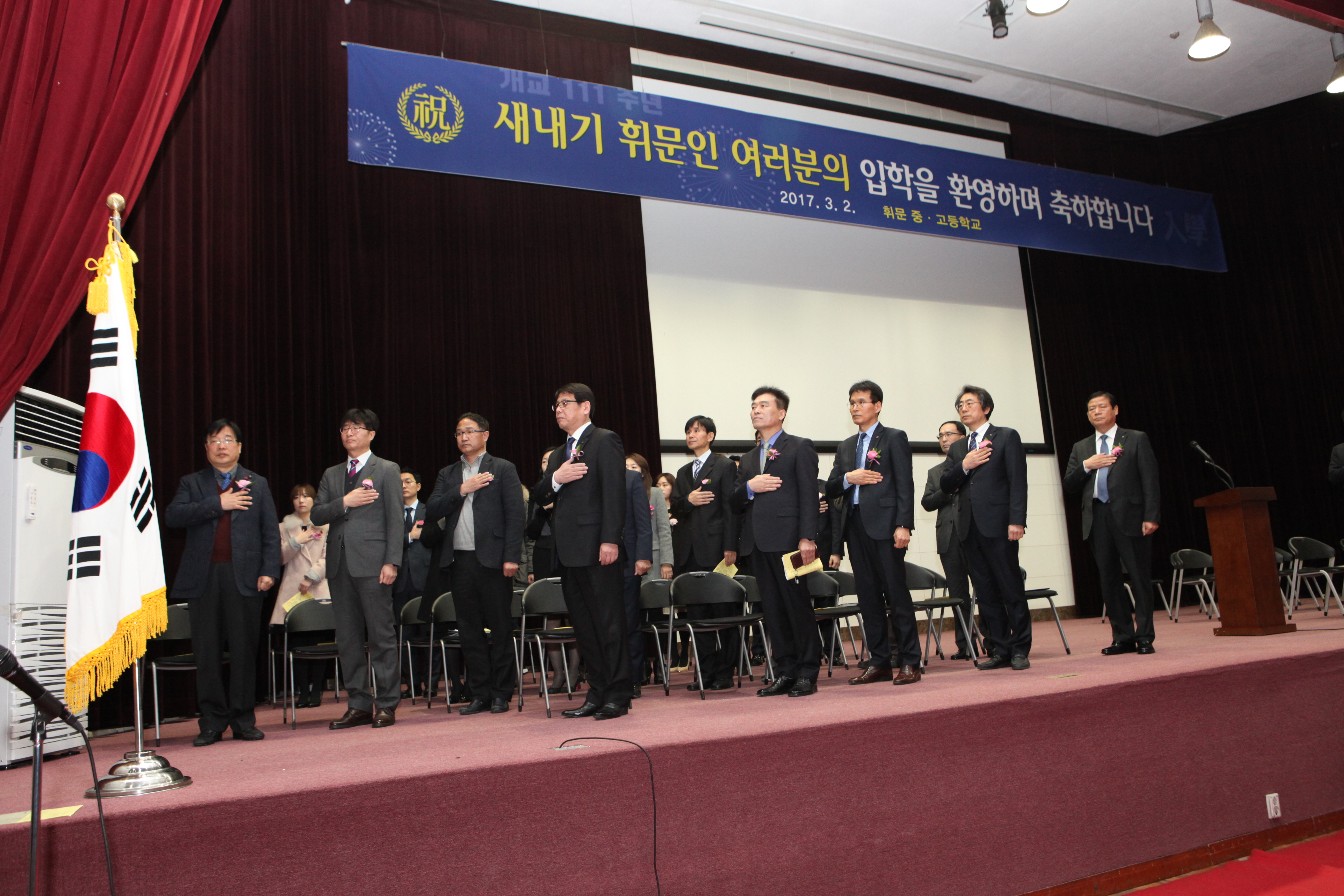 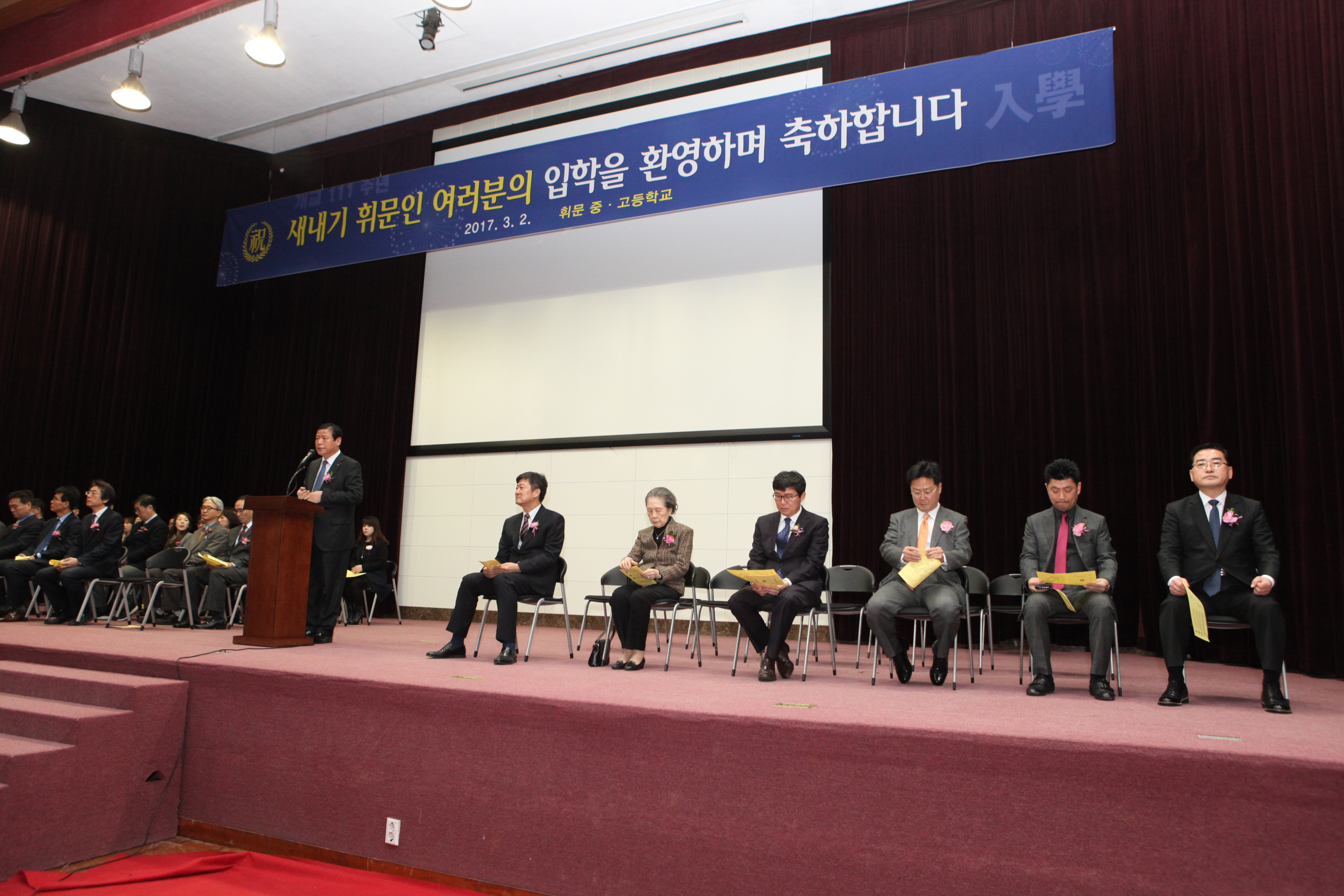 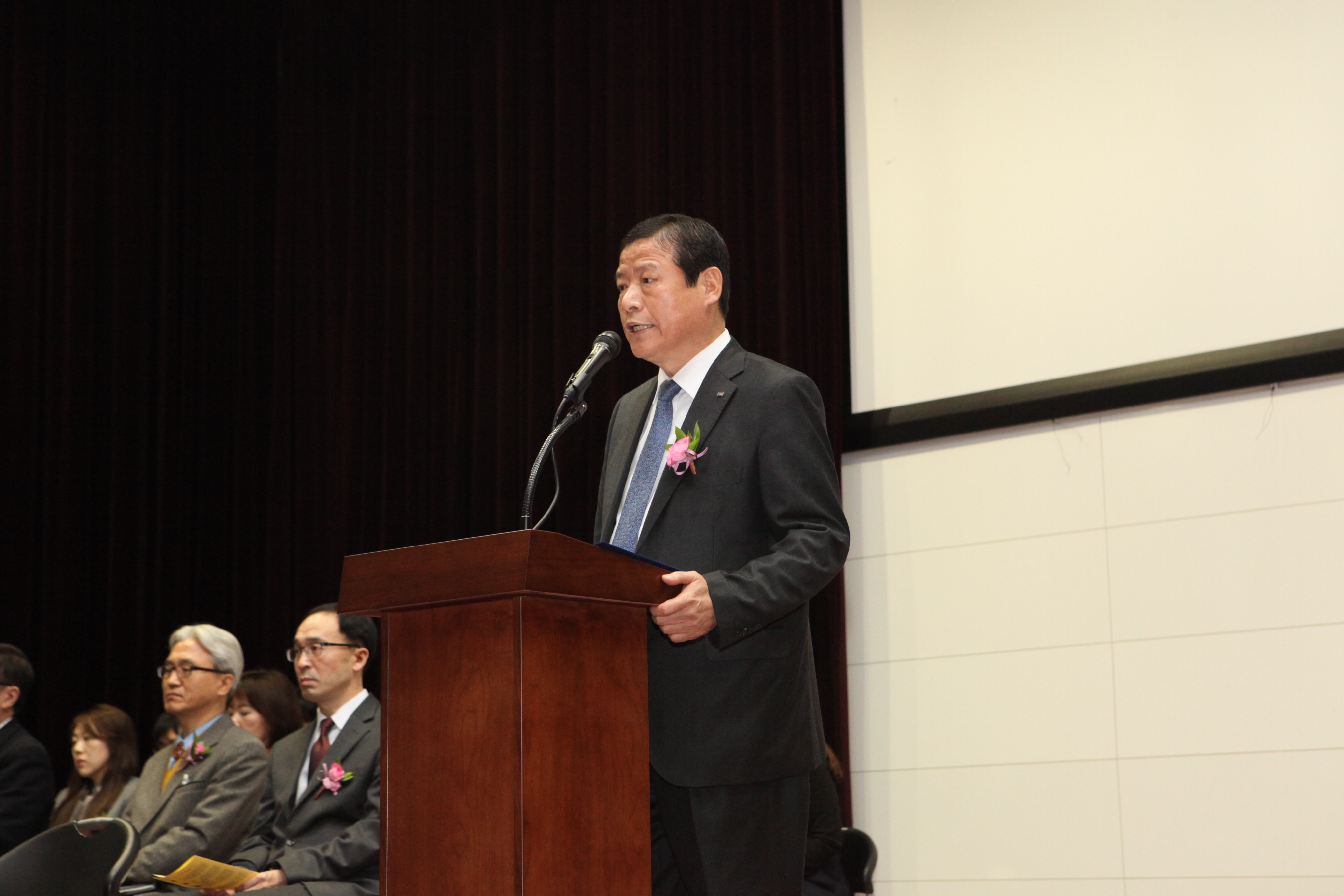 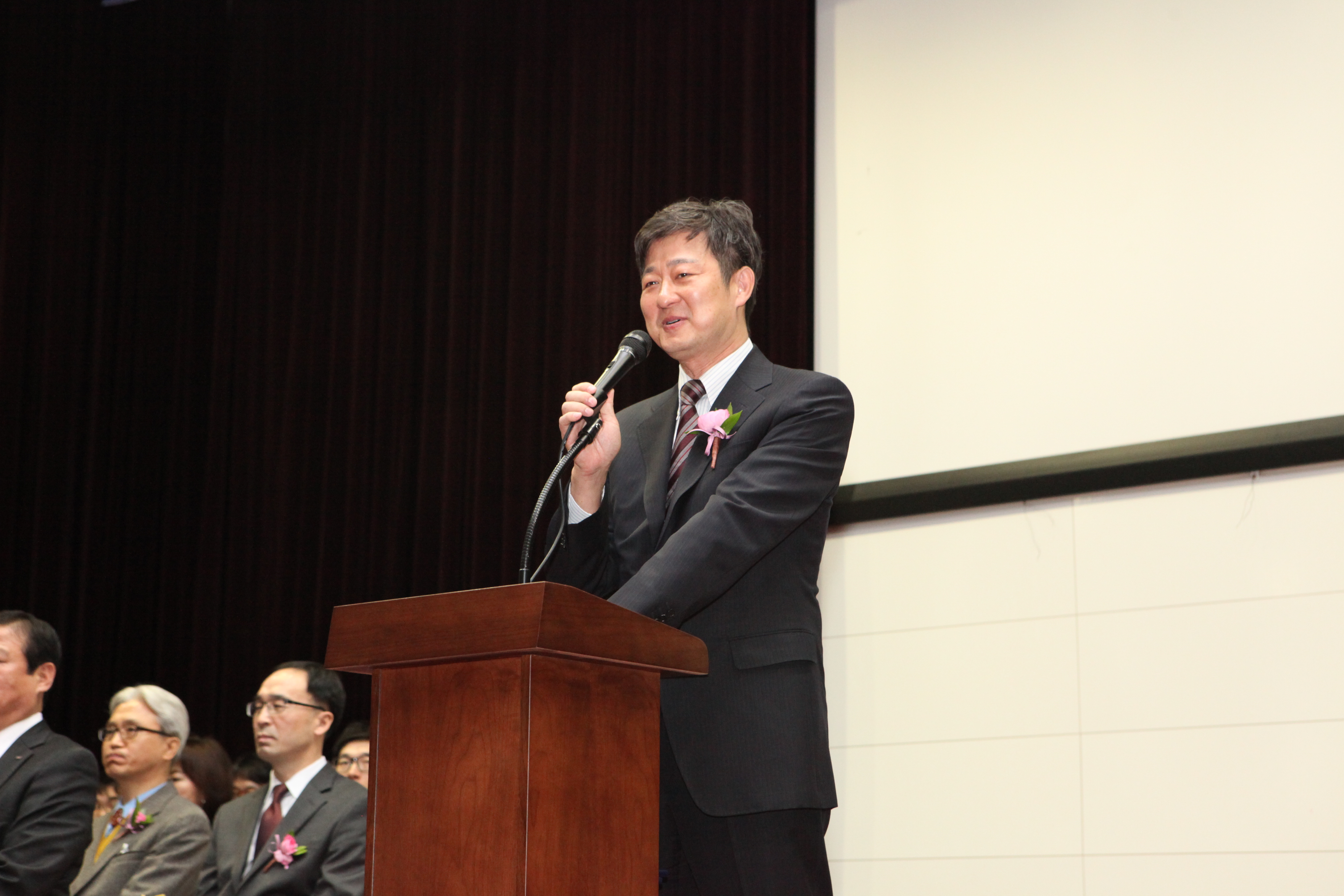 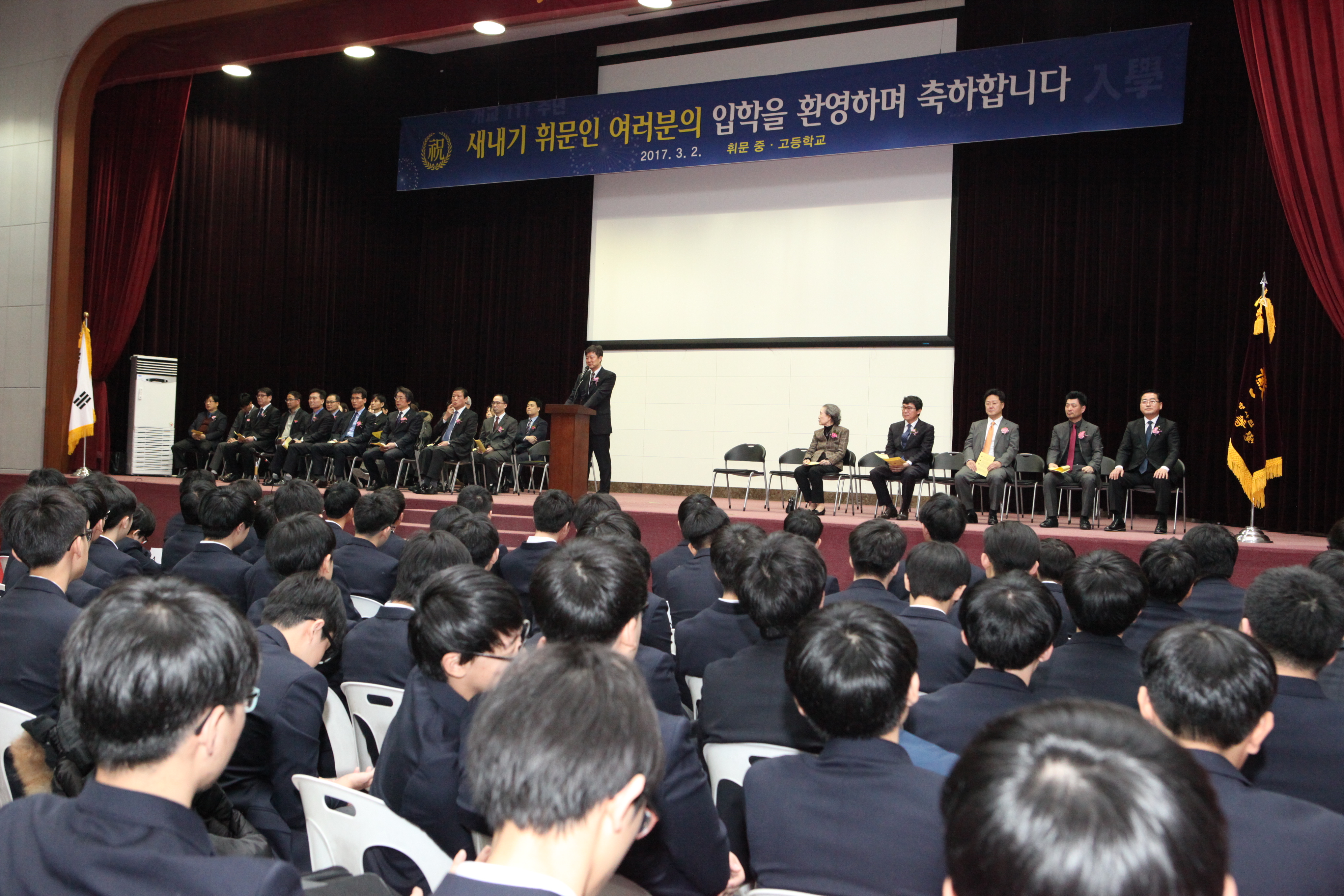 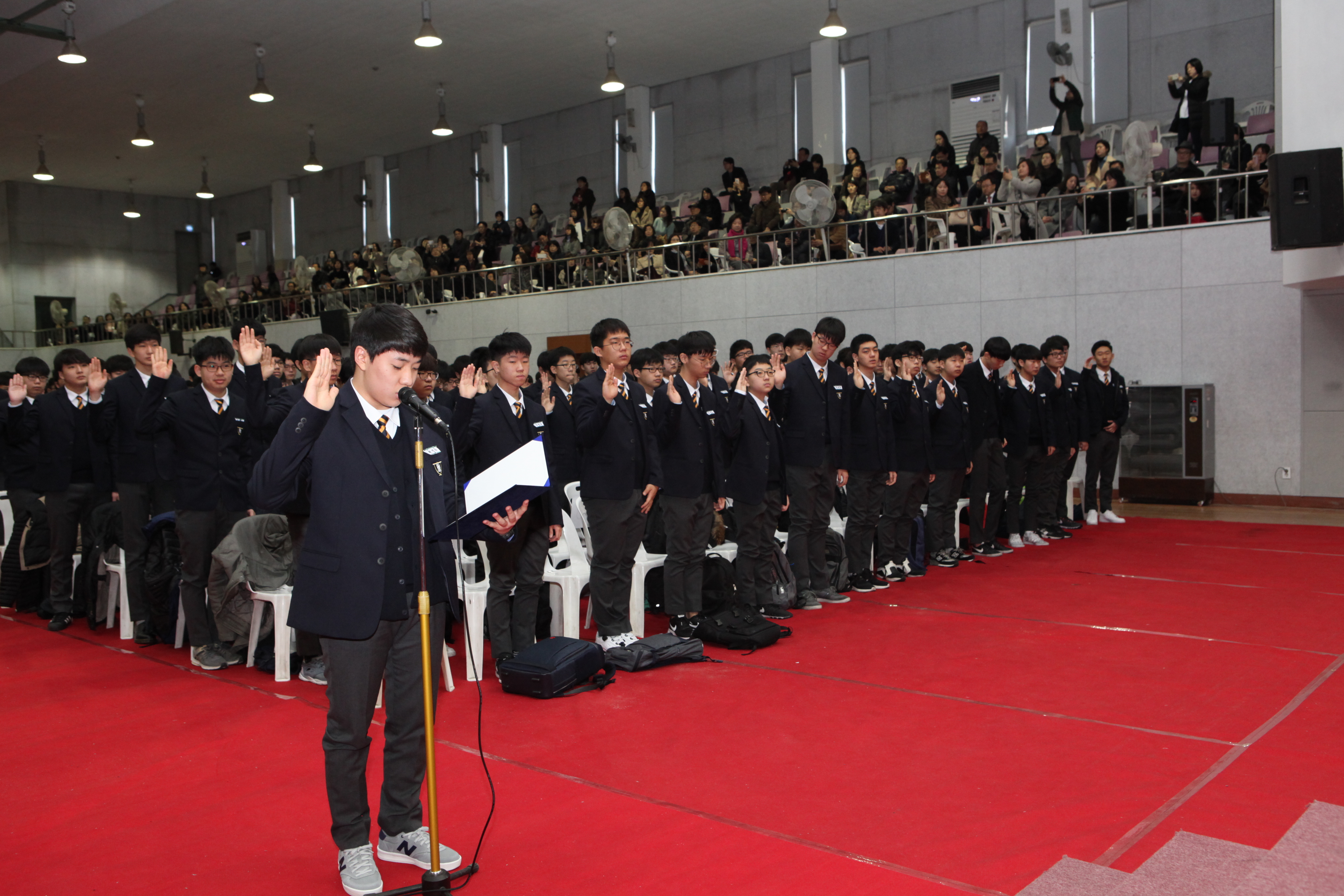 - The Beginning of High School Life -

On March 2nd, 2017, unfamiliar students were entering the front door of Whimoon High School. Their faces were stiff and they looked nervous to meet their new teachers and friends, but since then, it seems that they have decided to have a wonderful high school life by making friends, studying hard, and have a good relationship with their teachers. At this point, you might have noticed... these students are Whimoon's 111th incoming class of freshmen!
Before the ceremony, students went to an orientation to become familiar with new friends and their home classroom teachers and had a good time for 1 night and 2 days. There were lots of activities for the students to participate in and become friends easily such as field day, recreation, games, etc. so that they could recognize each other on the day of the ceremony. However, 2 days were not enough to become very close friends, so on the day of the ceremony, almost of the freshmen  came with their parents. It was good to have a ceremony with family.
Even though every years’ entrance ceremony is meaningful, this year’swas more important than others in the past. What is the reason? This time,  the ceremony had a slightly different meaning from others because it was Whimoon's '111th' anniversary. The number 111 has three ones!! You might think it is funny when you read this article, but three ones means, “We will win first place in everything.” I hope all of the students achieve their biggest dreams.
Because the ‘111th Anniversary’ of Whimoon is is significant, there were various events during the ceremony. First, there was a grand recital of the orchestra. Their amazing sound gave students passion and the driving force to pledge to live fruitful school lives. Whimoon's principal did a great speech for them as well, and his speech was a chance to turn back to think about one’s self. His speech was touching. Also, Whimoon's chairman, alumnus, and others came to celebrate the new start of the freshmen class. This event must have been a good inspiration for them.
After the ceremony, the seniors and juniors had a face to face meeting with the freshmen on the field. At first, all of the students were awkwardly standing and talking with only their own friends, but after greeting each other, the students became comfortable and made some jokes with each other. No one complained about the long time of the event, and rather, they were proud to get to know good seniors and juniors. It was a good chance to get to know each other.
This year, Whimoon did a great job to make the new students have a good school life. High school is important to students because it takes control of our future and can decide our future, but the more it is important, the more nervous students get, so they sometimes get frustrated about the difficulties. To give encouragement to students, Whimoon needed to make a good impression to students in the entrance ceremony, and Whimoon did just. Whimoon did a good job not only because it is the school’s 111th anniversary, but also to encourage students at Whimoon to make an effort, and it made a good effect on us.